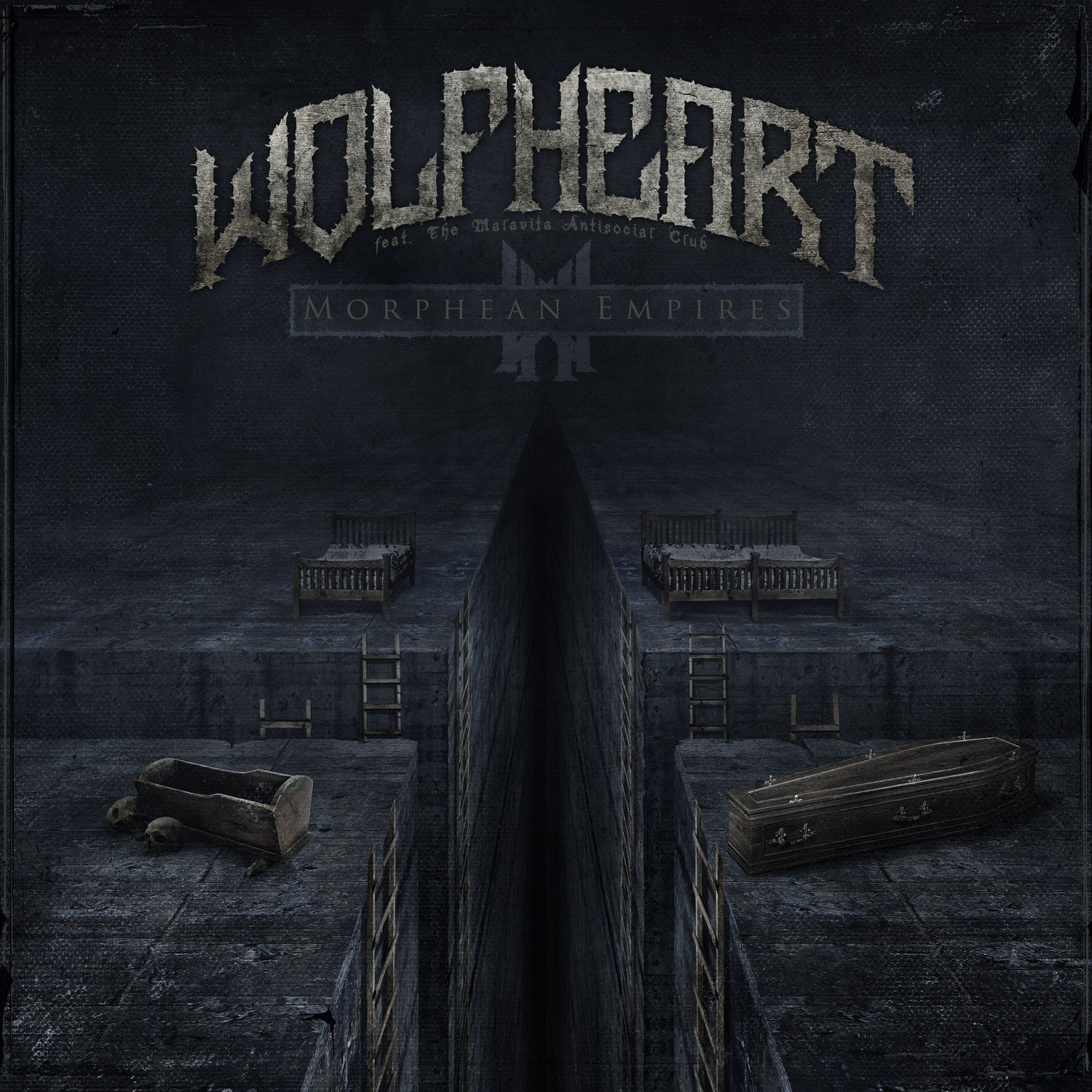 Wolfgang Süssenbeck is no stranger to the Austrian metal scene. Bands like DARKSIDE and DEMOLITION were never big mega-sellers, but they were veterans of Austrian metal. Now the wolf is trying a new work with his project WOLFHEART FEAT. THE MALAVITA ANTISOCIAL CLUB. Not a very catchy name for a band, as I think. But the name already underlines the fact that “Morphean Empires” is not primarily about sales figures. Süssenbeck himself emphasized in an interview with Stormbringer that he wanted to make an album that he would like to hear himself. And this statement underscores the authenticity of the whole thing. Because “Morphean Empires” cannot easily be categorized. One or the other record company would recommend the band to be more easily squeezed into a category. After all, in this case it is particularly difficult to make it clear to the listener in just a few words which target group this work is intended to address. Fortunately, you are only subject to the constraints of business to a limited extent, because you are part of "Wolfblood", the label of - surprise - Wolfgang Süssenbeck.