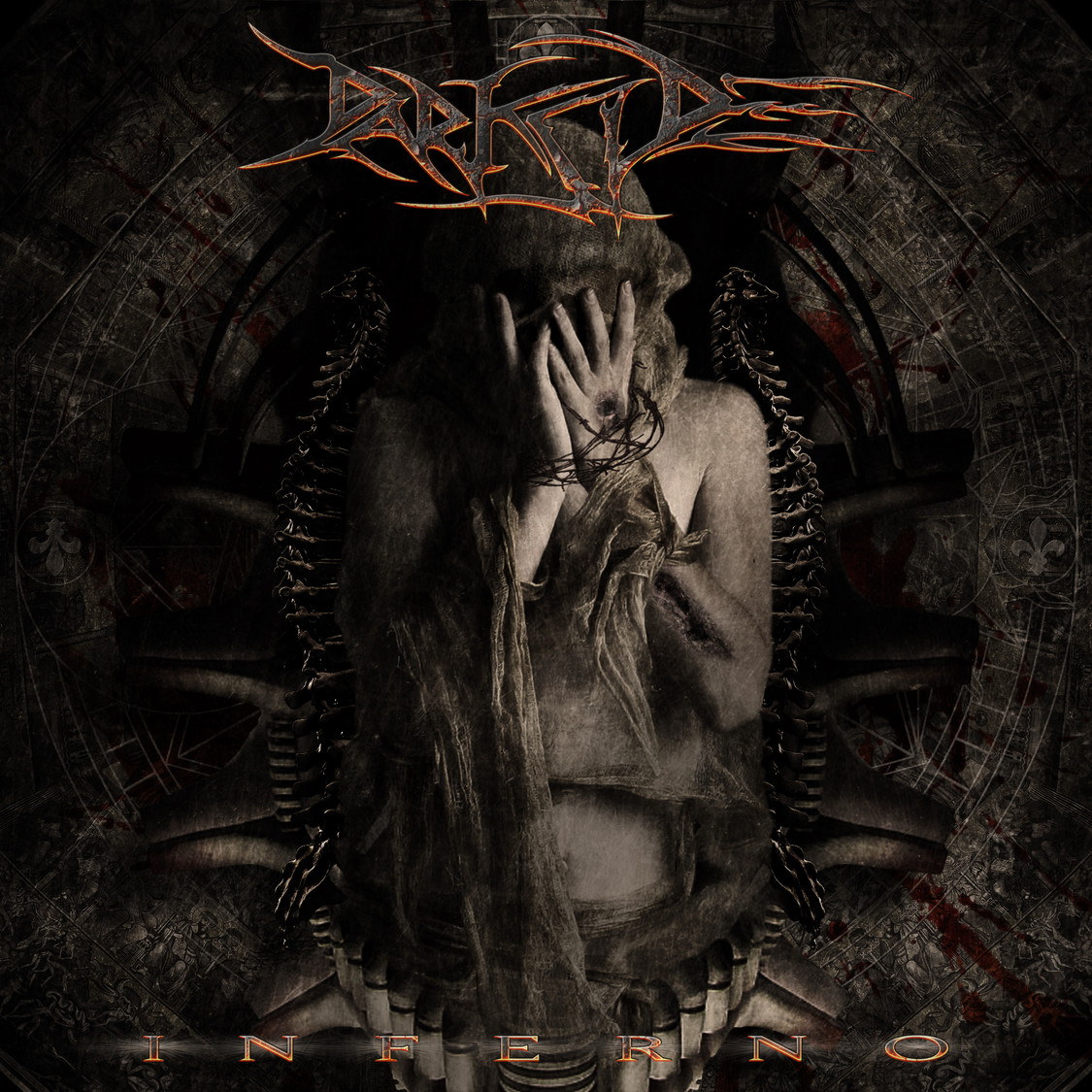 “From the cross comes salvation” – symphonic, chilling and haunting music follows, preparing you for what you’ve all been waiting six years for from DARKSIDE.
Immediately from the chilling words uttered, the haunting music seeping out of “Slaves of God”, “Black Halls of Infancy” kicks in with sheer brutality, all of a sudden – six years was worth it before you’ve even got through the hefty two disk release.

The album concept is based upon Madeleine de Demandolx de la Palud, an Ursuline nun whom had a love affair with Father Louis Gaufridi, when found out, Madeleine was a main victim for a ‘demonic possession’ along with various other nuns. Father Louis Gaufridi was found guilty of sending demons into the convent of Aix and burnt alive. 30 years after his execution, Madeleine was found and charged for Witchcraft, imprisoned yet released shortly after.

Why the little background there? Reading into the story, more indepth – it shows how dark and sinister the whole thing actually was and how perfectly DARKSIDE portray that in “Inferno”. From start to finish, disk one to disk two, the entire thing is chilling, dark, furious and pretty damn demonic itself should I say.

“Inferno” is a pure Melodic Death Metal release, it seeps hatred, it seeps evil and it seeps pure fucking awesome (oh look, a swear word). It isn’t just constantly heavy though, there’s a fair amount of gaps in tracks such as self-titled “Inferno” where it mellows down and captures not just “Oh look at how heavy we are!” but “Yeah we can actually play melodically and beautifully too”.

If there’s one this that you want from this release however is maybe a really cool film based on the concept with DARKSIDE’S tracks being played. Imagine that, being possessed by a demon, probably puking out fire and blood or whatever these possessed people actually seem to do to tracks such as “Hosts of Depravity” “Crowned in Torture” and “Malleus Maleficarum”.

“Madeleine” is beautifully played, this right here is where you can feel the true essence and get to know the person that the young nun was. Madeleine was an emotionally unstable young woman, plagued by depression. “Madeleine” is played with such beauty and emotion that dives right in there and actually focuses on more than just the possessions and the whole jumbo about Witchcraft, it focuses on the actual victim as they were. It’s a magnificent track with no flaw to it.

DARKSIDE have captured and bought the tales of Aix-en-Provence possessions back to life and provided us with more than just a fantastic double-album, they have reached right into the concept, showed us through music, helped educate us and open our minds.