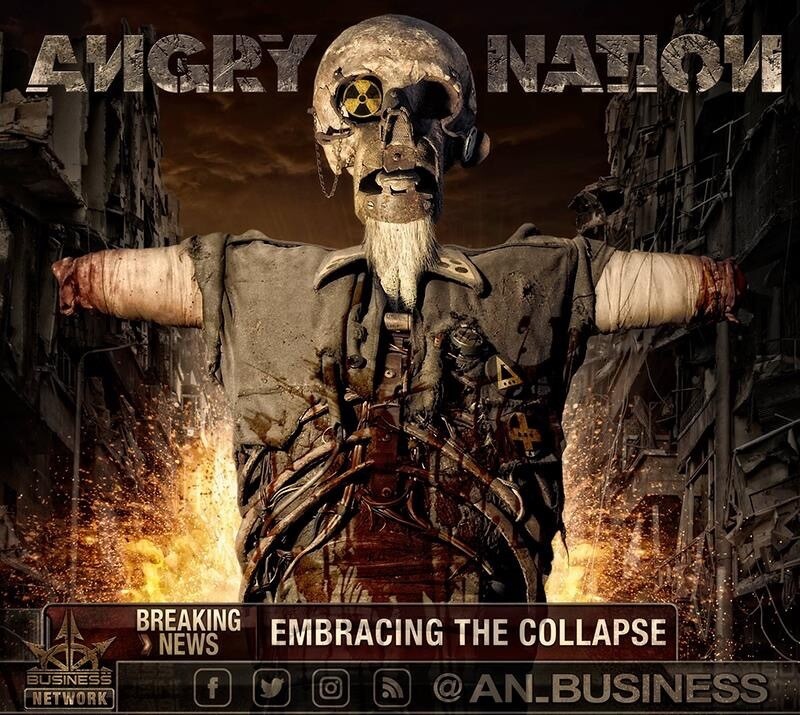 The thrash / death of the Angry Nation only in some episodes exceeds the guard level in terms of speed, advancing powerful and very heavy like a metal steamroller, enhanced by excellent melodies set in guitar harmonies perfectly placed in the context of the songs.

Embracing The Collapse is the group's second work, after the debut fired a couple of years ago entitled The Fail Decade, on the market through Woolfblood Productions.

The thrash / death of the Angry Nation only in some episodes exceeds the guard level in terms of speed (Trail Of Dead Bodies, Dead World Empire), advancing as powerful and very heavy as a metal steamroller, enhanced by excellent melodies set in perfectly placed guitar harmonies in the context of the songs (Universal Seduction), so that Embracing The Collapse does not only exhibit destructive qualities, proving instead a good work of extreme metal between tradition and modern inputs.

The three musicians know how to do it, the experience is there and you can hear it, placed at the service of musical explosions such as Supremacy Of Reason or State Of Deception; thrash metal leaves the command of sound to death and vice versa, while maintaining the apocalyptic atmosphere of the album.

Almost fifty minutes at the mercy of the atmosphere of the end of the world, a nightmare that the music box and the childish voices of the devastating Black Ink Terrorists, opener of the album, accentuate by inviting us into the post-nuclear world of Embracing The Collapse.

If you love the two genres that converge in the sound of the Italian-Austrian quartet, this new work will not fail to positively surprise you, bringing together under the same sky darkened by the fumes of death Asphyx, the first Machine Head, Obituary and Kreator.